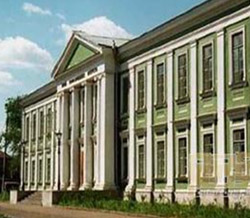 Orenburg State University is situated in one of the most wonderful cities of Russia, the city was deliberately located at the crossroads of trade routes between Europe and Asia. As a geographic boundary between Europe and Asia, Orenburg is still considered as the "window to Asia". The history of the Orenburg Region is interesting and unique. The Sarmation civilization and other tribes of nomadic cattle-breeders and warriors have deep roots in Orenburg. Nowadays it is a thriving and ethnically diverse community of over two million people.

Established in 1944 as Chkalov State Medical Institute. It was renamed to Orenburg State Medical Institute in 1957 (at that time Orenburg city regained its original name after being named Chkalov from 1937 till 1957). Gained status of academy in 1994. Currently there are 8 Faculties: Medicine, Pediatric, Stomatology (Dentistry), Pharmacy, Clinical Psychology, Nursing, Public Health, Continuing Education.

Orenburg State University is one of the first educational institutions to appear in the city in 1955. With the first enrollment of 100 students, as a department of the Kuibyshev Industrial University, OSU demonstrated a constant growth through years. Some significant and historical marks for the university include receiving the independent status of "Orenburg Polytechnic Institute" in 1971; becoming the Orenburg State Technical University in 1994; and transforming into the Orenburg State University in 1996. Through the years, OSU not solely changed it’s name, but rather also developed a wider mission that has strived and succeeded in accumulating new training programs and facilities.

Currently, OSU is the largest institution of higher education in the Orenburg Region. Its 19 academic and professional schools, 3 research institutes, 6 regional campuses, and 5 colleges offer more than 113 undergraduate majors and 57 graduate degree programs at the Candidate of Science and Doctor of Science levels. Courses are offered in both traditional and accelerated semesters, during the day and at night.

The Orenburg State University campus stretches all over the city and accounts for more than 90 buildings including a new fundamental electronic library.

A highly qualified faculty and scientists, a vast stock of modern educational services, computer rooms and laboratories, huge research potential, active innovation policy, and lastly cherished traditions are some of the most appealing features about studying at OSU.

Orenburg State University’s international relations have been rapidly developing in last few years. The purpose of this development is to strengthen OSU’s foreign intellectual potential, enrich the local educational system with cultural capital and international experience from other leading foreign universities, and lastly to promote OSU toward an international educational sphere. 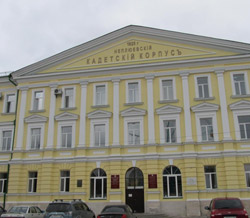 International relations and exchange programs between OSU and other institutions are beneficial in enhancing the relationships between diverse people, as well as, aid in the establishment of friendly and professional communication. International relations have furthermore allowed for students and others to think of people beyond stereotypes and prejudices. Both students and faculty benefit from international cooperation because they become more open-minded, creative, and considerate of international cultures and values.

After being accepted to Orenburg State Medical Academy, you can put yourself on the waiting list to get a room at one of the student dormitories. At the students’ disposal there are rooms for two or four persons and living in student dormitories will cost approximately 2000 rubles per month.

Another option is to rent a private apartment and these services are provided by specialized leasing agencies that provide you with quality and comfortable accommodations in Orenburg. You will be offered an apartment in compliance with your wish and budget. Rental payment for a one-roomed apartment ranges from 8000–10,000 rubles per month depending on the city district, offered conditions, and availability of furniture.

Orenburg State Medical Academy is a govt. University. It does provide excellence facility of high quality education and practicing after course. Professional teachers are available in every field. No donation or capitation fees special coaching for students to pass MCI screening test. This University is listed in WHO (world health organization) directory, ECFMG and also recognized by MCI (Medical Council of India).

RMC help to make your admission process easier. RMC also assist student in completing each and every process from taking admission to till student reach the university and finish their course. We are always trying to give our best to you. Every year many candidate get confuse for their future we are always try to give them a proper way.RMC send lots of student in this university f and still continue with our work. We feel pleasure to guide you.